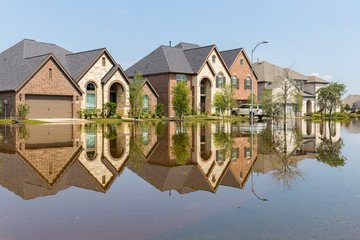 Coverage gaps hidden in the small print of property insurance policies create nightmares for Florida homeowners. These lapses in coverage often remain obscured until it is too late, and water damage has occurred that is not covered under one’s policy. As one of the most serious issues facing homeowners and restoration contractors alike, addressing these coverage gaps and limitations is important. Any property claims public adjuster can attest to the challenges of getting clients the compensation they deserve when it comes to water damage claims.

That’s why we sat with Chip Merlin of the Merlin Law Group to discuss what everyone needs to know about water damage limitations and other non-traditional coverage gaps in property insurance.

This is a common clause found in many standard insurance policies, leaving most Florida homeowners woefully under-covered, especially during hurricane season. Even when the cause of water damage does fall under the specifications of a standard policy, $10,000 is rarely enough to cover repairs for the extensive damage major water loss may cause. These destructive incidents can leave a structure uninhabitable, with the residents unable to cover the costs of repairs out of pocket.

Insurance companies are adding endorsements which reduce standard coverage and limitations without public knowledge. In some cases, these providers are even selling policies which arbitrate claims far away from where the property is insured. These policies may also include language that switches the applicable law to another state, effectively sidestepping the legal requirements of federal mortgage regulations.

The American Association of Public Insurance Adjusters (AAPIA) has pushed the vanishing coverage and coverage gaps as a major legislative and regulatory issue. The AAPIA property claims public adjusters are supporting the efforts of United Policyholders to address this problem on a legislative level.

Amy Bach of United Policyholders is working with the National Association of Insurance Commissioners to close the gaps and regulate the way insurers handle client claims. Many companies are taking advantage of the free market system to push “custom policies” or use “consumer choice” to justify the drastically shrinking state of standard policies.

As property claims public adjusters in South Florida, the team at Cohen Public Adjusters has seen the direct impact of unjust and unfair insurance practices time and time again. We exhaust all efforts to get each client their due compensation for water damage claims by working with people like Chip Merlin, the AAPIA, United Policyholders, and others working toward just and fair property insurance practices. We encourage other public claims adjusters, contractors, and property law professionals to join in the fight to close coverage gaps caused by unfair endorsements with non-standard limitations and exclusions to traditional coverage.